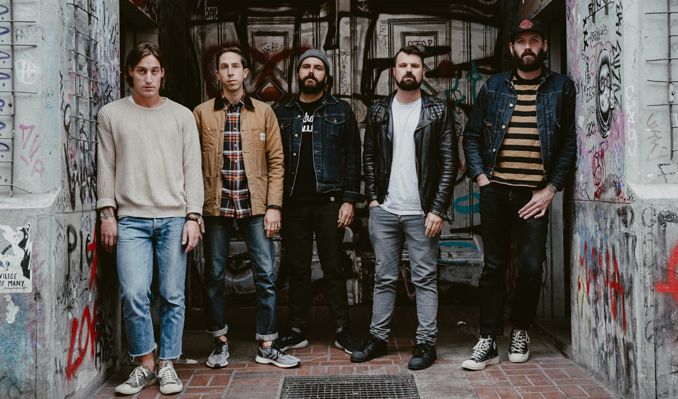 Longevity is a rare feat for any band, especially one rooted in a foundation of punk and hardcore.  Aggressive music is often fueled by youthful fire and sustaining a career without completely abandoning that urgent sound is almost impossible for most bands. But what’s possible for "most bands” has never been a concern for post-hardcore pioneers Silverstein. Throughout the course of their 20-year career, from Ontario basement shows to touring the world and selling over a million records, Silverstein has always managed to be completely comfortable in their own skin while never being afraid to challenge themselves. This perfect balance marks the band’s eighth full-length, Dead Reflection, an album that proves Silverstein still has plenty of fire left.

Dead Reflection is an album that couldn't exist without everything that's come before it, a culmination not just of Silverstein's sonic growth, but also the personal journeys entangled in the band’s career. Longevity was never the objective, but that drive to deliver their absolute best, no matter what the cost, is exactly why the band remains at the top of their game after almost two decades. For Silverstein there is no settling, no stopping, and they give nothing less than everything.

Official WebsiteYouTubeAmazonFacebookTwitter
*Service and handling fees are added to the price of each ticket.